Most Popular Jewelry Worn by Men

What Does A Watch Winder Do, And What Else Can They Offer?

Each month has a unique birthstone that's said to be related to the characteristics of people born in that month. For October, it's not only pink tourmaline, but opal too. The tourmaline birthstone carries great meaning, and is believed to be helpful for people including artists and teachers. This article will look at some of the history behind the October birthstone.

Pink tourmaline was first identified off the coast of Italy in the late 16th century, although it's believed to have been used for a long time before then. Many contemporary scientists believe it was mistaken for rubies and other precious stones. In fact, the name tourmaline was something of a blanket term to use for all colored stones sold in Sri Lanka during this period of history. 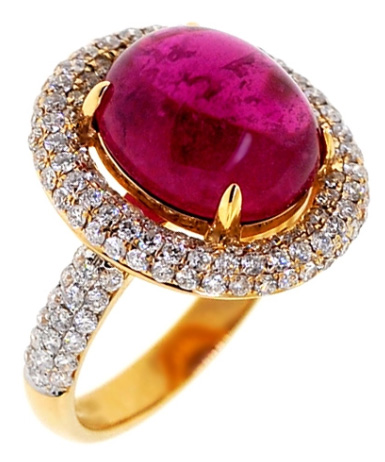 The October birthstone has been used in healing practices for centuries, and has been used by Chinese craftsmen to produce beautiful and intricate pieces long before it came into use in the Western world. Ancient healers believed it had beneficial powers for the digestive system, and helped to relieve stress and anxiety. Wearing jewelry such as pink tourmaline earrings or pink tourmaline pendants was believed to help the body overcome internal issues by being in contact with the stone.

The stone is worn to signify humanity and love towards others. People often wear pink tourmaline rings and pink tourmaline pendants to show their humanitarianism and an understanding towards others. This makes it a great choice for teachers and therapists, or in fact anyone who helps others, as it's believed to make you a better listener.

It's also believed to protect your heart, and so is ideal for people with anxiety or previous heartbreak. Wearing pink tourmaline jewelry can act as another layer of protection for your heart, and can help with the healing process. The pink tourmaline birthstone signifies compassion and an understanding of others, and instills confidence in the wearer. 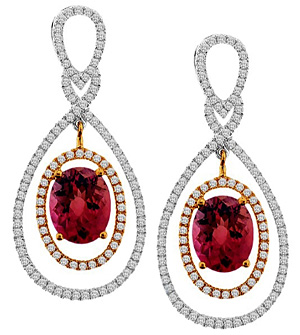 Pink tourmaline is still a very popular stone because of its beautiful color and intensity. It's used widely in modern jewelry such this pink tourmaline ring, and although it's not as expensive as precious stones such as diamonds or rubies, it can still fetch a high price. Pink tourmaline birthstone jewelry is popular is many countries across the world, and is favored by people working in creative and people-based industries due to its inherent properties.

The stone is widely used by indigenous populations in Africa, North America, and Australia as a powerful talisman to ward off evil and danger. It's also believed to grant enlightenment and help with spiritual journeys. Considering its use across the world by many different cultures, each seems to believe it holds similar properties and powers.

Pink tourmaline is the October birthstone and is believed to help with overcoming stress, heartbreak, and to fuel compassion for others. Wearing pink tourmaline pendants or pink tourmaline earrings will help you to become more compassionate, and to show your humanity to others.